Efficacity and its partners are developing a suite of software solutions for the design of low-carbon districts, aimed at all urban actors: local authorities, planners, developers, engineers, energy firms and urban services, during the project design stages. This toolkit will help to optimize the energy and environmental performance of new-build, renovation or combined projects.

A suite of software solutions intended for all urban actors 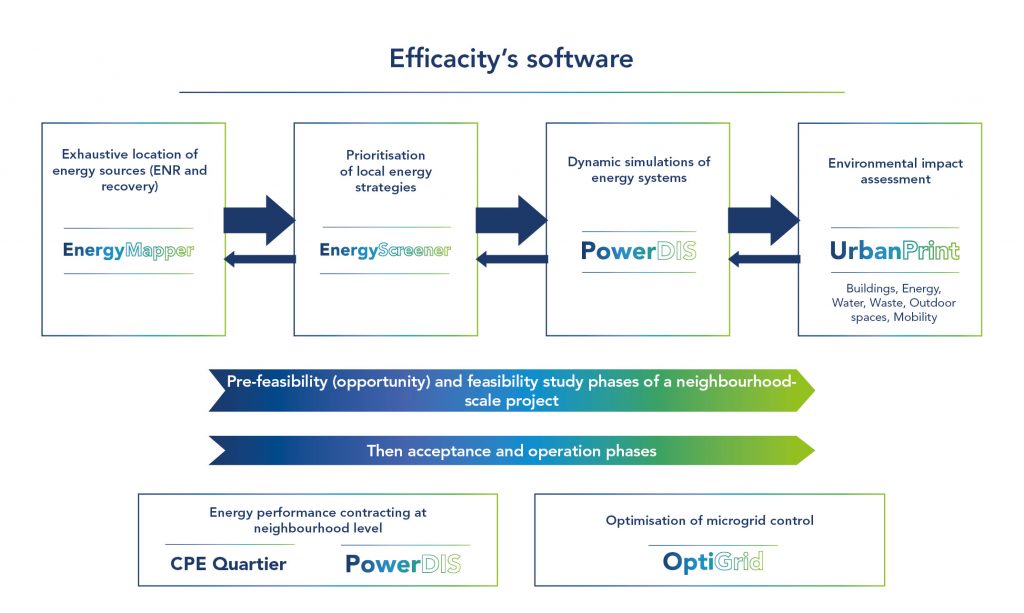 Tools already widely used by a number of territories

Examples of partnerships with actors on the ground and pilot communities